Learning From China’s Commitment to an Ecological Civilization

Facebook0Tweet0Pin0LinkedIn0Email0
May 1, 2018 by Samuel Barnes 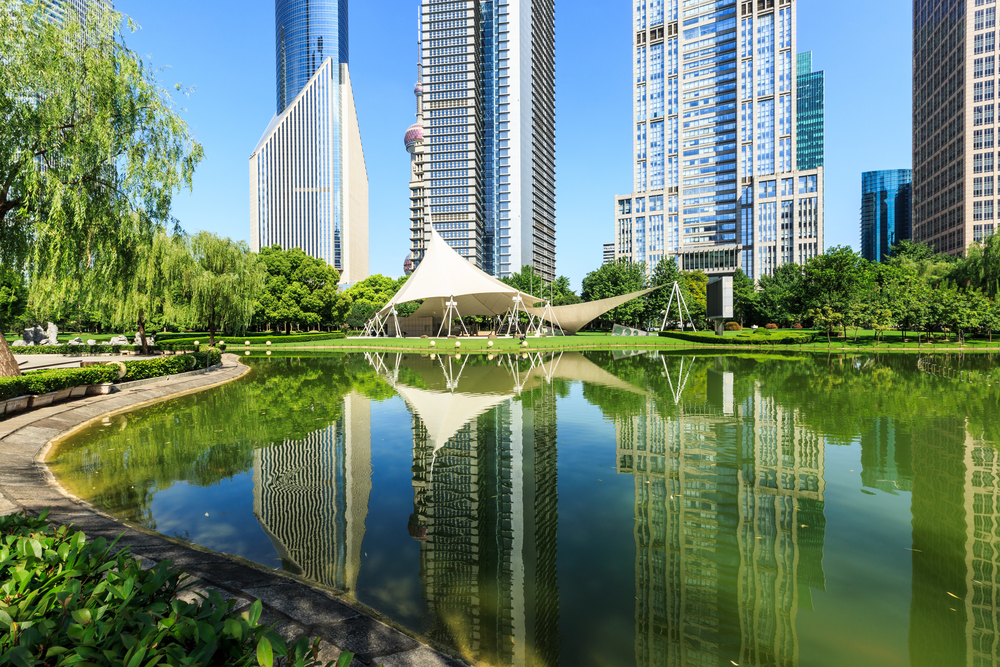 Hydrocarbons… and what that means

It’s 2018, and here in the USA, the government remains deep in the pocket of the hydrocarbon extraction industry. On the federal and state levels, politicians are quietly rushing sponsored legislation that undermines decades of dedicated activism and gives polluters free reign to subvert long-standing treaties, dismantle regulatory agencies, desecrate national parks and monuments, and force even more economically inefficient exploration sites into production.

Despite the obvious foolishness of this approach, the sad truth is that our government was long ago sold to the highest bidder, and so long as certain oligarchs and their domains can be enhanced by an ecocidal approach to land management and a head-in-sand approach to the cascading effects of climate change and pollution, this paradigm will still predominate, regardless of who is president. If we want to solve this problem, we need to give voice to it.

Climate Change In The US

The same corporate freedom that made the United States home to one of the great surges of innovation in human history over the past 150 years was also its fatal flaw. Pollution of water, air, and soil is the canary in the coalmine of an outdated nation-state operating system. Our leadership’s inability to effectively address it is a harbinger of what’s to come if we cannot reform and remodel our governance, and empower truth over graft.

In China, where a very different political history has lead to a very different industrial present than here in the States, the scope and magnitude of the climate change and pollution problem has finally garnered a transformational, top-down response. As of 2017, China has made a trillion-dollar-plus commitment to authoring the world’s premier techno-ecological civilization. “We must realize,” announced President Xi in a major address to the 19th National Congress of the CCCP, “that lucid waters and lush mountains are invaluable assets, and act on this understanding: implement our fundamental national policy of conserving resources and protecting the environment, and cherish the environment as we cherish our own lives.”

Naturally, there is a layer of rhetoric to any politician’s speechification that must be taken with a few grains of salt: China’s economic explosion arrived via millions of unimaginably dirty factories, mines, developments and power plants, not to mention an authoritarian and often repressive social climate. But it is the selfsame centralized socialism which allowed the factories to bloom over the last 30 years that makes their turnabout so important. When the Chinese Communist Party issues a new directive, they make it happen.

All around the country, People’s Army conscripts and citizens of every rank have been tasked with planting trees in rigid, orderly rows. The goal is to plant 100 billion of them to form a “Great Green Wall” and halt the encroachment of the Gobi Desert from the country’s northwest. This long-running project has been coupled with more localized efforts to lower urban smog, preserve streams and rivers from further degradation, and restore mountainous landscapes to pristine condition as inner cities swell and villages empty. Thanks to a sustained campaign of reforestation outside Beijing, the capital city reported its lowest levels of air pollution in decades last quarter — down 54% from it’s all time peak earlier in the year.

Just as the 20th century was won by the Americans by turning technologies of war (on other countries) into the engines of consumer capitalism, could it be that the geopolitical game of our current era will be won by the culture that repurposes our present technologies of war (on the natural world) into the fundamentals of an ecological civilization?

More than likely, the systemic nature of the environmental challenges confronting us will make the notion of winners and losers moot — if seas rise, they will wash over Hong Kong and Miami without a need of travelers’ visas. In this realm, too, technology will be the driving force of change: the most important and valiant contributions will come from individuals and communities working outside the bureaucracy in the innovation space. Still, in order to scale the good work of companies and institutions, and begin to redress this bogglingly polymorphic crisis confronting our planet, the anachronistic organs of state and government must be brought in on the bargain.

As Americans, we default to looking to our own nation-state as the torchbearer for progress and power. But in this crucial way, the world axis is shifting. China is putting its economic and human might into a generations-long effort to bring advanced civilization into harmony with the earth, and, in doing so, is co-authoring a new and crucial chapter of the human story. Hopefully, our leaders will watch and learn.

In the meantime, what can we do? Every day decisions like where you shop, what you buy, and where you work can make meaningful change in the world. Watch the Prosperity Film to find out how!