Why Candy Crush May Be Good For Your Health

Why Candy Crush May Be Good For Your Health:

With the plethora of Candy Crush addicts and the recent release of Playstation 4, most of us aren’t too far removed from someone who touts the pleasures of gaming. It’s been 33 years since Nintendo first introduced the Atari console that made home gaming a reality, and today more than half (51%) of all American homes owns a dedicated game console.

Despite its popularity, however, gaming gets a bad rap. The vast majority of psychological research to date has focused on the negative side of gaming, like violence, addiction and depression.

Evidence is mounting that that the habit may actually be positive, and several new studies show gaming supports numerous cognitive, social and health benefits. You may want to pick up that controller for your health. 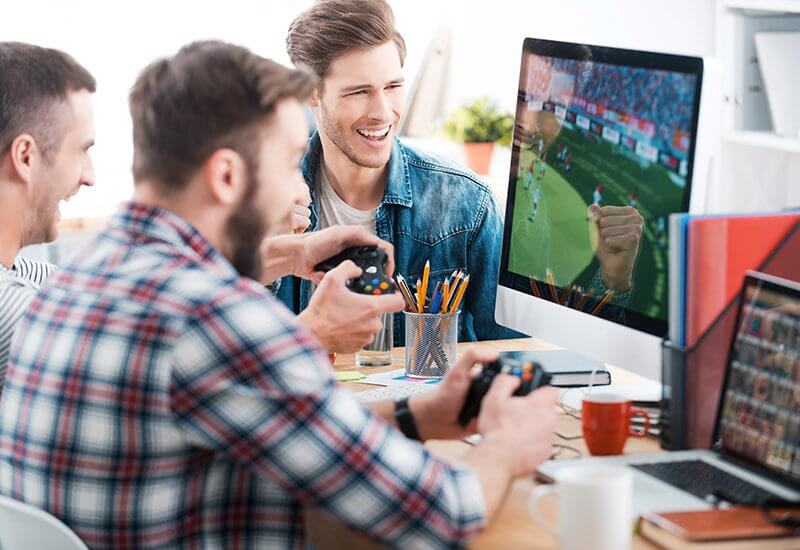 Do you struggle with reading and understanding maps? You may have underdeveloped spatial skills. A 2012 meta-analysis of 217 scientific studies published by the American Psychological Association concluded that video games can help you out. According to the analysis, shooter video games produce improvements in spatial development such as mental rotation, spatial visualization and the ability to mentally work in three-dimensions. These games, such as Call of Duty, produce improvements in spatial skills comparable to the effects of formal academic courses. Gaming could be the ticket to successful navigation without the aid of Siri or your trusty GPS. We bet you didn’t think it was possible.

It Can Help You Read And Focus

You know you naturally block out all distractions while cleaning up the virtual Gotham City, but you may not realize those skills are actually transferrable. A 2013 study published in Science Direct studied the effects of dyslexic participants and playing active video games. After just 12 hours of playing action video games such as Batman, the reading abilities of participants with dyslexia improved at the same rate as 1 year of reading development classes. The rate of improvement matched that of highly demanding traditional reading treatments, which are certainly more time consuming than occasional gaming. The study also definitively proved that playing action video games greatly improved the attention spans of their dyslexic participants. Who knew?

If you felt your resistance to sugary treats slipping towards the end of 2015, you weren’t alone. It’s only human to house a few extra pounds during the holiday season, but come January it’s time to send those pesky pounds packing. It may seem counterintuitive to switch on the game console, but that’s just what you should do. A 2014 study conducted by the American College of Sports Medicine studied the effects of postpartum women playing active video games, and their findings were solid. The women who played active video games, like Xbox 360 Kinect, lost more weight and improved their overall body composition more substantially than participants in the control group. The gamers also unintentionally reduced their caloric intake by at least 200 fewer calories a day, which seems to have been induced by all that gaming. Seems like it’s worth a try, right?

They Ward Off Symptoms Of Depression

Video gaming has also been positively linked to reducing symptoms of depression. A study originally published in 2010 by the American Association of Geriatric Psychiatry studied 19 participants aged 63–94 years who had been diagnosed with Subsyndromal Depression (SSD). The participants played active video games, such as Nintendo Wii Fit, for less than two hours per week throughout the twelve week study. Researchers found significant improvement in depressive symptoms for 86% of the enrolled participants, citing both better mental health-related quality of life and improved cognitive performance as a result of gaming. The study has been recently backed up in a 2015 review of 22 scientific studies published in the Journal of Aging and Health.

It’s Good For The Kids, Too

While some research about gaming highlights the antisocial behavior it can promote, there’s a strong case to be made for the contrary. According to a 2010 study originally published by the American Psychological Association, prosocial video games in which the player must help the characters complete a virtuous task were found to increase empathy and completely diminish any pleasure derived from another’s misfortune in participants. Meaning, kids could have improved social interactions from playing prosocial games. And if that’s not a strong enough case, a study originally published in 2013 for Springer Science+Business Media found a positive relationship between playing strategic video games, like Starcraft,  and problem solving skills. Gamers may actually perform better in school than those who shun the controller, if you can believe it.