Do Fitness Trackers Really Help You Get Fit?

“Hey girl, what’s your Fitbit at?” Ryan Gosling asks, staring out with those famous baby blues. It is but one of his many ubiquitous “Hey Girl” memes, but it’s notable for its reference to something previously considered as mundane and off the beaten social path as a discussion about folding laundry.

Caught off guard by Gosling’s sincerity and boyish good looks, most can easily forgive him for ending a sentence with a preposition, but until recently, few would guess a reference to the number of steps a person takes in a given day could be an effective ice-breaker between strangers. I, however, can personally attest to the notion that it happens in even the most unlikely of contexts.

Last weekend, while attending a political convention, I spent some time phone banking for a woman running for the California State Senate in a special election held to fill a seat vacated when its previous occupant was elected to Congress. As I hung my blazer on the back of my chair and sat down in the poorly lit conference room with a group of several strangers, a man across the table noticed the small device attached to the thin strap of my top and asked if I was racking up steps as fast as he was at the convention. It took only a split second to understand the reference, and I laughed and responded that I was certainly logging my share – and doing so in 4-inch heels, no less. Another woman quickly chimed in that she’d forgotten hers the previous day and was sorely disappointed, as her only means to determine how much walking she’d done were the blisters on her feet (she then held up her wrist to show us she’d made no such mistake that particular day).

After that, a conversation quickly ensued and by the end of our 45-minute phone canvassing session, they and two others and I decided to get coffee together. The notable point being that even in a group of people who already had much in common and who had come together knowingly united around one specific task, the topic that spurred conversation among us revolved around something completely beside the point – our fitness trackers.
I will admit to being largely unaware of their increasing presence and popularity until about year ago, even though high-tech trackers like NikeFuel Band, Garmin Vivo and Fitbit have actually been around for several years; Fitbit being the first of the addictive, magic-packed little gadgets to hit the market in 2009. They’ve since become one of the hottest commodities in fitness.

As their popularity trends upward, science has taken notice and begun delving into the impact they have on our health and daily lives, as well as their overall capabilities on a technological level. Not surprisingly, the outcomes are mixed. While the most recent models have largely weeded out concerns about step count accuracy, features like heart rate and sleep monitoring accuracy are hit-or-miss. Industry advances will likely address and resolve these issues in short order, but the larger question remains and is applicable across the spectrum from the Jawbone to built-in smartphone capabilities to the brand new, white-hot, in-demand Apple Watch. Namely, do they motivate people to be more active? This deceptively simple question, alas, comes with a much more complex response.

To get my feet wet on the topic, I dashed out a quick, informal request on Facebook for friends to share their experiences – good and bad – with wearable fitness trackers. With specific regard to the tracker’s ability to motivate, the range of responses was as diverse and complex as my friends themselves.

One friend, a self-starter with a background in behavioral psychology was happy with her Fitbit and found the group challenges with friends added an extra level of motivation. An associate professor in computer science liked his at first, but in time, was annoyed on busier workdays by his tracker’s constant reminders to get up and take a walk and ultimately felt like what started as a motivational device had become just another machine to answer to. An artist and established biking and running enthusiast couldn’t say enough about how pleased she was with her tracker, while a personal trainer slash nutritionist slash all-around health and fitness expert reported he’d quickly become bored with his Garmin Vivosmart as it wasn’t providing him with information or motivation he didn’t already possess. Finally, a lawyer who, while crediting his Fitbit with developing what has become a permanent habit of taking stairs instead of elevators, took issue with the wristband’s limited functionality as a watch and said that while he was still wearing it six months in, he did not consider it especially motivating and has essentially quit paying it much attention at all.

Intrigued by the wide array of responses, I looked into what science had to say about what motivates us and why, perhaps, fitness trackers fail in this vein nearly as often as they succeed.

It turns out, a tracker’s ability to motivate depends on several factors such as the particular reason it was bought, the health status/limitations of the wearer and his or her personal attitudes toward exercise and fitness in general, along with the presence or absence of a wearer’s specific fitness goals.

While that’s a handful of factors by anyone’s estimation, it seems that they can be narrowed down to a great extent to whether the wearer views the device as a predominantly informational tool or motivational tool. If a wearer uses the tracker mainly as a way to gain insight into his or her particular level of activity, and is infrequently or narrowly engaged with the device (for example, only rarely checks the device except at the end of the day and doesn’t set specific goals with regard to weight loss or activity levels), he or she falls into the informational category and is mainly concerned with awareness. The chance the device will have any impact on behavior in such individuals is unlikely. Conversely, if a user is actively engaged with the data the tracker provides (monitors step count throughout the day, adjusts activity levels accordingly, and sets out with a specific goal such as increasing “active minutes”), he or she views the tracker as a motivational source and is, in fact, experiencing a behavior change. Furthermore, the benefits increase not only with the amount of engagement in terms of time, but with diversity of engagement as well (downloading the phone/computer app and competing with and encouraging friends using the challenges built in to the associated app, etc.).

What is perhaps less surprising is that those who are most consistently likely to wear and take advantage of the benefits of fitness trackers are the ones who were already active and exercising before they bought the device (which, some would argue are the ones who need it least of all). For people who haven’t previously and independently found the motivation to exercise, Fitbit and its competitors are not likely to make a difference in overall behavior. Instead, the devices will become the modern equivalent to the unwanted treadmill or elliptical machine that sits in a garage or spare room collecting clothing and dust. The only difference being that the trackers’ small size will afford them prime real estate in the less conspicuous corner of a nightstand drawer. 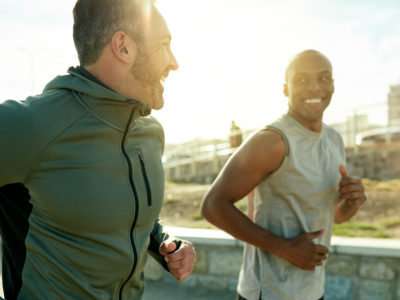 Physical Fitness to Get Your Gut Health in Gear 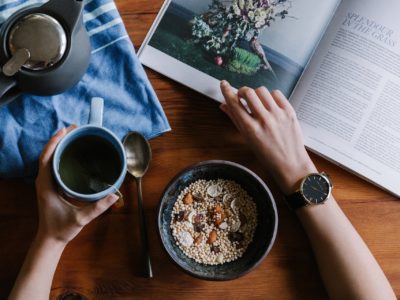