Could a Change of the Guard at McDonald’s Mean a Change in the Menu for the Healthier?

The mighty fast-food giant McDonald’s is facing the toughest challenge in the brand’s history. It is still a giant, but a steady loss in sales and a changing marketplace might put company management in a mood to make the biggest changes yet in its menu… Or not.

There is no hint of what will happen now that Steve Easterbrook, the Brit who turned around McDonald’s European fortunes almost a decade ago, has taken over for outgoing CEO Don Thompson this month. And so far, Easterbrook, who built a reputation for being more media friendly in Europe, isn’t talking.

“Steve is not doing any interviews so he can begin to focus on the task at hand and manage through the leadership transition,” company spokesperson Becca Hary said.

A former McDonald’s executive speaking under condition of anonymity described Easterbrook as: “A nice guy who wanted to learn stuff,” he said. “As far as anticipating what he’ll do, it’s impossible.”

McDonald’s current management reacted to their chilly financial fall with a trim of the menu and by allowing its many franchisees greater say over the menu by region. That seemed to steady sales for the moment, but it also raises the question of whether real menu change is coming.

A recent study published in the American Journal of Preventive Medicine said that over the last two decades, American fast food has gotten healthier – ever so slightly healthier – a result due in part to consumer demand for healthier choices. Hardly a watershed for the industry, nevertheless, a door has been opened for McDonald’s.

“With the growing demand and interest from Millennials in healthier, more sustainable, ethically-raised food, there has never been a better time for a McDonald’s overhaul in its menu,” said Kari Hamerschlag, senior program manager for food and technology program for Friends of the Earth. “They are talking about verified sustainable beef, which is very exciting. I would hope they bring more sustainability, health and good taste to all of their main entree items.

“There is also growing demand for more plant-based entree items and growing awareness that more plants and less meat is better for our health and the health of our environment. So now would be a great opportunity to introduce a really good tasting veggie burger.”

It might all be wishful thinking, but at least possible, given the reinvention of other major brands in recent decades: Apple went from a computer maker to the maker of the hand-held devices people wait in line for hours to buy. IBM went from being a computer maker into I.T. services, Xerox from copy machines to business services, Western Union from telegrams to money transfers and National Geographic from a magazine to a reality TV channel.

“You can take the food at face value,” said the former executive. “When you go to an In-N-Out Burger, you see the red meat and know that’s going to be your food. You go into a McDonald’s and you see your hamburger patty comes out of a drawer. It’s a pre-made. I don’t think that’s the kind of thing anybody wants.”

“The strongest thing is the brand identity,” he said. “People would order a Big Mac in Moscow but wouldn’t even know what it was. They sat there trying to take it apart. They didn’t know how to eat it.”

But change is always hard, for consumer as well as company. “I think it’s a new market and McDonald’s is not up to date,” he said. “You have this ‘fast casual’ trend that McDonald’s is just not in.”

Hamerschlag suggests, should McDonald’s make bold changes, utilizing smart marketing in tandem with smarter, healthier food. “To some extent, good food speaks for itself, so it needs to make its food taste good. But I also think it will be important for McDonald’s to show its customer base that it is serious when it makes a commitment to sustainability. People are going to want to see real verification and third-party auditing. Chipotle showed the world how serious it was when it publicly stopped sourcing from suppliers that didn’t meet their specifications. McDonald’s will need to do the same thing.”

Experiments with healthier food have met with varying degrees of success. In the 1980s, there was the Quarter Pounder low-fat option called the McLean Deluxe, plus salads and other things. Other experiments revealed brand identity could also be a roadblock. Several years ago, when McDonald’s considered selling pizza, participants in a taste test said the pizza with the McDonald’s name on the box tasted worse than the same pizza in a plain box, according to the former executive.

Then, there is McDonald’s itself. The executive said McDonald’s insiders often describe it as “the three-legged stool” with the company, the franchisees (which make up a large numbers of locations across the planet) and the supply chain. Franchisees don’t like having to incur new costs every time there is a change in the menu or anything else decreed from above, he said. And the United States menu is still only half the menu.

The company also bought Boston Market and a majority share of Chipotle Mexican Grill seeking to be more multi-faceted, and perhaps providing another way to integrate menu changes over time. But despite the success of both chains, “They said they wanted to go back to what they did best,” said the executive, and in a surprising move, divested themselves of the chains in 2006 and 2007.

The successful changes Easterbrook made in Europe, like healthier menu items and more eco-friendly restaurants, could be a part of his new plan, but there are multiple other things many consumers would likely respond to if Easterbrook is willing and able to be so bold.

“I would like to see a great veggie burger and other tasty vegetable dishes on the menu,” Hamerschlag said. “I would like to see all of their meat coming from certified humane farms that do not raise animals with the routine use of antibiotics. I would also like to see them carry grass-fed burgers from well-managed farms.

“With its huge reach across the planet, McDonald’s has an opportunity to reinvent itself in a way that can set a much higher bar for the whole industry,” Hamerschlag said. “We will be watching and cheering them on if they do the right thing.” 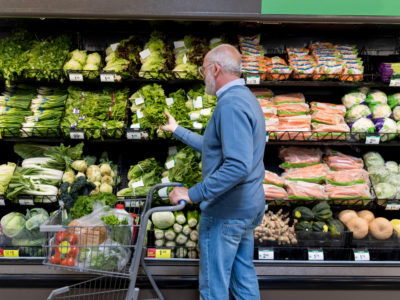 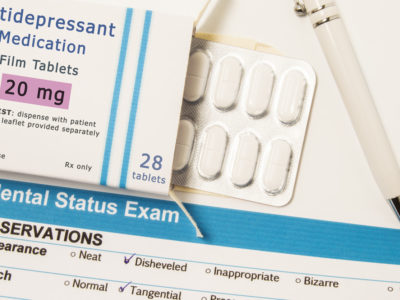