Travelers Beware of the Typhoid Superbug

Facebook0Tweet0Pin0LinkedIn0Email0
May 31, 2015 by Charlotte Knight

Typhoid fever is an uncommon thing to hear about at home, but an increasingly antibiotic-resistant strain caused by Salmonella typhi still has medical workers amazed – and concerned.

This strain, known as H58, is becoming resistant to multiple antibiotics, including ciprofloxacin and azithromycin. Typhoid is transmitted through food and drinking water contaminated with the bacteria and affects up to 30 million people annually. As a result, the epidemic is becoming more of a problem in areas of the world where sanitation and hygiene are lacking.

Symptoms of typhoid fever include fever, constipation, stomach pains, headaches and skin rashes. If left untreated, the Centers for Disease Control and Prevention reports an alarming death rate of 12 to 30 percent.

A study was conducted by international researchers, including the involvement of the Wellcome Trust Sanger Institute, where 1,832 samples of Salmonella typhi were collected from 63 countries. They discovered approximately half belonged to the H58 strain.

“Multidrug resistant typhoid has been coming and going since the 1970s and is caused by the bacteria picking up novel antimicrobial resistance genes, which are usually lost when we switch to a new drug,” Dr. Kathryn Holt from the University of Melbourne, the senior study author, said in a statement. “In H58, these genes are becoming a stable part of the genome, which means multiply antibiotic resistant typhoid is here to stay.”

These researchers also found evidence of a wave of H58 transmission in multiple countries in Africa, as reported on CBS News. They believe antibiotics taken preventively against typhoid in those countries have resulted in increased antibiotic resistance.

According to the CDC, there are an estimated 5,700 typhoid cases in the United States annually, but they occur mostly among international travelers. And although typhoid fever does not directly threaten the United States, and our cases are small in comparison, it is recommended that travelers educate themselves on the areas they are traveling to and take appropriate measures, including watching what they eat and drink, when they are in a typhoid-ridden part of the world.

Charlotte received her bachelor's degree in print journalism from California State University, Fullerton in 2013. She aspires to be a novelist and has traveled to France, Ireland, Japan, Spain, and the United Kingdom. 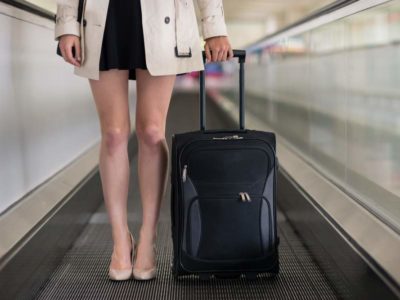