Eat Seaweed to Get Slim

Seaweed is one of the most popular foods in Japan today and many people across the globe are starting to consume and supplement with seaweed because of it’s incredible health benefits.

There are two particular types of seaweed that have been proven beneficial for fat loss and fitness and those include brown algae like wakame and green algae like chlorella.

Brown algae contains a thermogenic compound called fucoxanthin that has tremendous fat burning effects. Let’s discuss this compound first and then  talk about the many benefits of chlorella.

Fucoxanthin is a carotenoid that is found in brown seaweed like wakame and hijiki. These seaweeds are often used in Asian foods like miso soup and sushi rolls.

Carotenoids are the pigment found in brightly colored foods and are crucial to maintaining good health. Fucoxanthin, lutein, beta-carotene and lycopene are all different carotenoids offering different health benefits. Fucoxanthin offers a number of different health benefits including the prevention of cancer, stroke and heart disease along with helping to reduce and control blood sugar and insulin levels in people with type 2 diabetes. Of particular interest is its ability to aid in fat loss.

It appears that this particular carotenoid is able to help white fat cells behave as brown fat cells. Brown fat burns energy as opposed to storing it, as white fat does. Not only may you burn more fat if you increase the amount of fucoxanthin in your diet, you may burn more visceral fat, the stubborn, very dangerous fat that resides around the organs of the abdomen. Along with posing a very real health concern, abdominal fat is also a real trouble spot for most people. Any help in this area is a huge advantage. 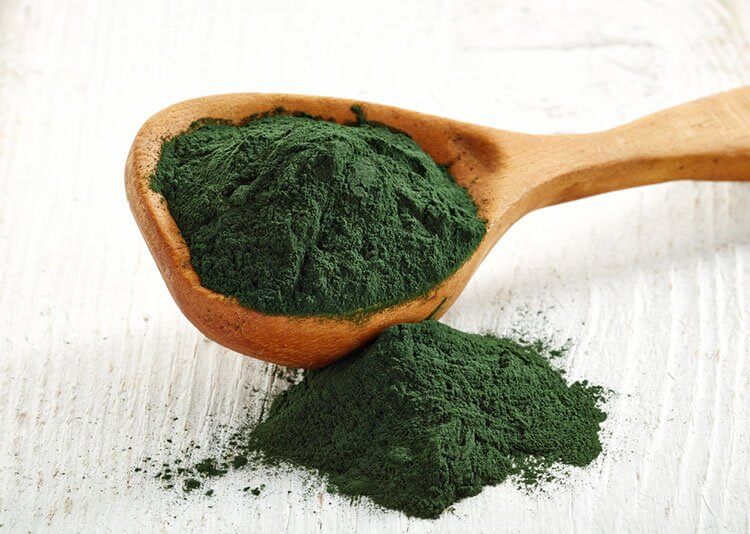 Chlorella is a nutrient-rich fresh water algae. It binds with toxins in the bowel, aiding in detoxification and effects genes that support fat metabolism. Studies suggest that chlorella can help in the elimination of cadmium, lead, mercury and uranium from the body and may work in similar ways with dioxins, PCBs and other such chemicals.

The super seaweed chlorella has been shown to have benefits when it comes to fat loss according to research. A twelve week study was published in the Journal of Medicinal Food by Japanese researchers who took 17 men with a healthy lifestyle and another 17 men with an unhealthy lifestyle and had them supplement with chlorella. At the end of the study both groups saw improvement in overall cholesterol levels, blood sugar and a drop in body fat percentage.

Also, chlorella is packed with chlorophyll that can help alkalize the body and speed the recovery of athletes, improve energy levels and support joint health.

When purchasing chlorella make sure to purchase “broken cell wall” chlorella because it is the only form where humans can break down and digest all of the nutrients.