New Study Links Birth Month To Risk For Some Diseases – What Does This Mean For All Of Us?

Researchers at Columbia University recently published a study that points to a connection between a baby’s birth month and its risk for certain diseases later in life. May babies, according to the study, have the least overall risk for disease, while October and November births show the greatest risk. The study uncovered seasonal trends, as well, with early spring babies showing a greater incidence of heart-related diseases and babies born in early fall suffering a greater risk for respiratory illness. Early winter babies showed a greater correlation to reproductive and neurological disorders.

The clinical data set for the study was impressive – 1.7 million people born anywhere from 1900 to 2008 who had been treated at Columbia University Medical Center in New York City between 1985 and 2013 – but data scientist and lead author Nicholas Tatonetti, PhD, cautions us in the video accompanying the study’s release, not to attach too much importance to the findings yet because numerous other variables involved in disease such as lifestyle, exercise and eating habits were not factored in and study participants were all patients at one hospital in a particular part of the country. Additionally, Tatonetti explains that birth month and season are really just proxy or stand-in representations of environmental factors.

For example, a 1983 study found that children born in months with higher numbers of dust mites in the home were 40 percent more at risk for developing allergies – a finding that was later bolstered in a study connecting early childhood exposure to allergens with a higher risk of developing allergies in the future. While there is a connection here between month or time of year and the condition, it is because there is a greater presence and exposure to a particular environmental factor (dust mites in this case) during the month or season and that factor may be greater or lesser depending on geography and other environmental fluctuations and factors. In short, a study like this is limited to uncovering association only, not cause and effect.

What is interesting to researchers, however, is where it may lead. For example, while they were not initially searching for particular associations, results showed 55 of the nearly 1,700 diseases studied correlated significantly to a particular month. Of the 55, 19 had shown up in previous studies, possibly reinforcing their validity.

For example, the study found that babies born in spring have a higher risk for heart disease. This may help explain previous research associating lower levels of vitamin D with heart disease by pointing to a baby’s decreased exposure to the sun while in utero during winter months when vitamin D levels tend to dip.

Additionally, the study’s conclusion that children born in the fall and early winter are more likely to be diagnosed with ADHD correlates with previous findings linking the disorder to lower levels of vitamin D.

Possibly more exciting than bolstering previous research, is that the study turned up 16 entirely new disease-birth month associations and what’s more, nine of them were heart-related. This is particularly significant because more than 600,000 Americans die each year from cardiovascular disease – it’s the number one cause of death in America – and the study could provide a valuable path to understanding causes as well as developing prevention strategies.

To that end, recent changes within the health care industry brought about by the Affordable Care Act (ACA) have led to an unprecedented amount of data being collected on a daily basis and available for scientific research analysis. The Columbia study, as well as all others related to health, have the potential to benefit exponentially when  expanded into a national database of information. So while this study is large relative to current standards, within five years the staggering amount of health and medical data available will broaden its parameters so dramatically that it will seem rather small in retrospect.

So while the study reflects only associations between disease and the months and seasons of birth, it could well lead to research that provides a clearer, better understanding of cause and effect.

“What we’re interested now is in actually expanding this analysis and really trying to understand those other environmental variables,” Tatonetti said. “We have some hypotheses that we’re exploring, but we want to go in a data-driven way… to find the environmental mechanisms that might be driving these associations.” 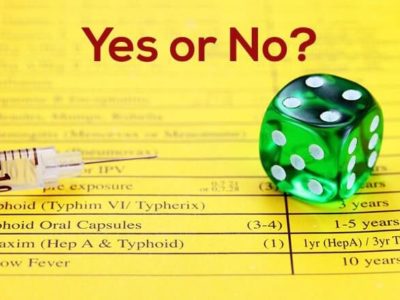 Vaccination. Yes or No?