NEVER Do This In Bed (It Adds Belly Fat) 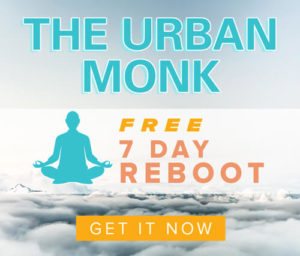 Once I wrote an article that wound up on the homepage of AOL called “An Effective Weight Loss Technique You Can Do in Bed.”

That one probably got more hits than any of the hundreds of articles I’ve published in the last two decades.

Want to know what effective weight-loss “technique” I was referring to?

What has sleep got to do with weight loss and fat burning?

Lack of sleep—or the wrong kind of sleep—has a profound effect on four important hormones that help regulate appetite and fat storage—leptin, ghrelin, thyroid hormone and growth hormone. (These are exactly the hormones we target in our new groundbreaking program, “New You In 22.”)

Lack of high-quality sleep basically makes what I call your “hormonal symphony” sound like a kazoo.

Inflammation, oxidation and glycation increase; the mitochondria get damaged; less energy (ATP) is created; hormonal messages get all fouled up, and you’re left stuck in sugar-burning territory. The result? You’re unable to become the lean, mean, fat-burning machine you need to be if you’re going to melt fat off your body.

That’s why fixing your sleep is one of the most effective anti-aging and fat-loss techniques in the world. The right amount of sleep—and, equally important, the right kind of sleep—is absolutely essential if you want to make the transition from sugar burner to fat burner.

You see, not sleeping soundly—not reaching the deep stages of sleep—means three things to the body:

ONE, IT’S A HUGE STRESSOR.

Two, it leads to increased appetite. (Ever notice how much you compulsively snack on sugary foods when you’ve pulled an all-nighter?)

And three, it throws a monkey wrench into your hormonal symphony, since some of the most important hormones for fat burning and for good health are released only during the deep stages of REM sleep.

And when your hormonal symphony is playing out of tune—as it will if you don’t sleep deeply and soundly—you’ll stay stuck in a sugar-burning metabolism, and fat burning will remain elusive.

Take leptin, a hormone critical to controlling your appetite. During sleep, leptin levels increase, telling the brain you have plenty of calories in reserve so there’s no need to trigger hunger.

However, when you don’t get enough sleep, you end up with less leptin, which makes your brain think you don’t have enough calories to get through the day. The leptin message—“All clear! Stop eating!”—doesn’t get through to the brain, which now thinks you’re starving and signals you to eat.

Lack of sleep, together with the lowered amount of leptin, will even wake you up in the middle of the night, making you hungry and craving carbohydrates so you can get back to sleep.

Meanwhile, your body takes steps to store the calories you eat as fat and to hold onto the fat you already have so you’ll have enough energy the next time you need it. All of which, of course, increases your waistline and the size of your butt and thighs.

BUT THE PROBLEMS DON’T END THERE…

Leptin works in conjunction with a hormone called ghrelin as a type of checks-and-balances system for feelings of hunger and fullness.

Ghrelin has the exact opposite effect from leptin: it stimulates appetite. When you don’t get enough sleep, your ghrelin levels rise, which means your appetite is stimulated even more.

When you’re sleep-deprived (as most of us are), the biological signals telling you to eat are so overwhelming it’s almost impossible to say no to a bowl of Häagen-Dazs or a Krispy Kreme. Leptin and ghrelin create a double-whammy for fat gain.

Remember that your hormones all “speak” to one another. When leptin levels fall, it has a direct impact on your thyroid, causing thyroid hormone levels to fall as well. When that happens, your metabolism slows down. And all of this is nothing but bad news if you’re trying to burn fat.

Want more proof? After crunching the numbers on over 1,000 participants in a Stanford University School of Medicine study, researchers found that about 8 hours of sleep is associated with lower body mass index, lower levels of appetite-stimulating ghrelin, and higher levels of appetite-decreasing leptin!

I wasn’t kidding when I said you can lose weight in bed!

But only if you fix your sleep patterns! Otherwise, your hormones will defeat your fat-burning efforts every single time—no matter how much you exercise and how much you starve yourself.

Jonny Bowden, PhD, CNS, (aka “The Nutrition Myth Buster”) is a nationally known expert on weight loss, nutrition and health. He is a board-certified nutritionist with a master’s degree in psychology and the author of fourteen books on health, healing, food and longevity including three best-sellers, “The 150 Healthiest Foods on Earth”, “Living Low Carb” and “The Great cholesterol Myth” (co-authored with Stephen Sinatra, MD). A frequent guest on television and radio, he has appeared on Fox News, CNN, MSNBC, ABC, NBC, and CBS as an expert on nutrition, weight loss, and longevity. He is a past member of the Editorial Advisory Board for Men’s Health magazine, is the Nutrition Editor for Pilates Style, and is a regular contributor to AOL, Vanity Fair Online, Clean Eating Magazine, and Better Nutrition.