Facts About The Human Microbiome

We are learning that there are more microbes out there in the world than we ever though could be possible. And Robert Rountree who does a lot of work for the Institute for Functional Medicine is one of the experts lifting the veil off of this topic and finding that we are swimming in them. There are organisms out there that we never even knew existed and finding out that they can do some very special things for our environment and our health.

And one really big step forward is metagenomic testing which gets down to the genetic expression of a strain of bacteria. There used to be the understanding that E.coli stood for bad bacteria because it meant there was fecal contamination involved. But now Robert says there’s actually a whole range of E.coli bacteria and some of it actually happens to be beneficial to us, not toxic. This revolutionary step forward has helped new discoveries when it comes to environmental toxins. 50 % of all the detoxification of what we eat takes place in our gut by the gut microbes. Robert says this is a huge finding because of of all the studies that have been done on the liver and how it breaks it all down…that’s only a small fraction of what is really going on in our bodies. 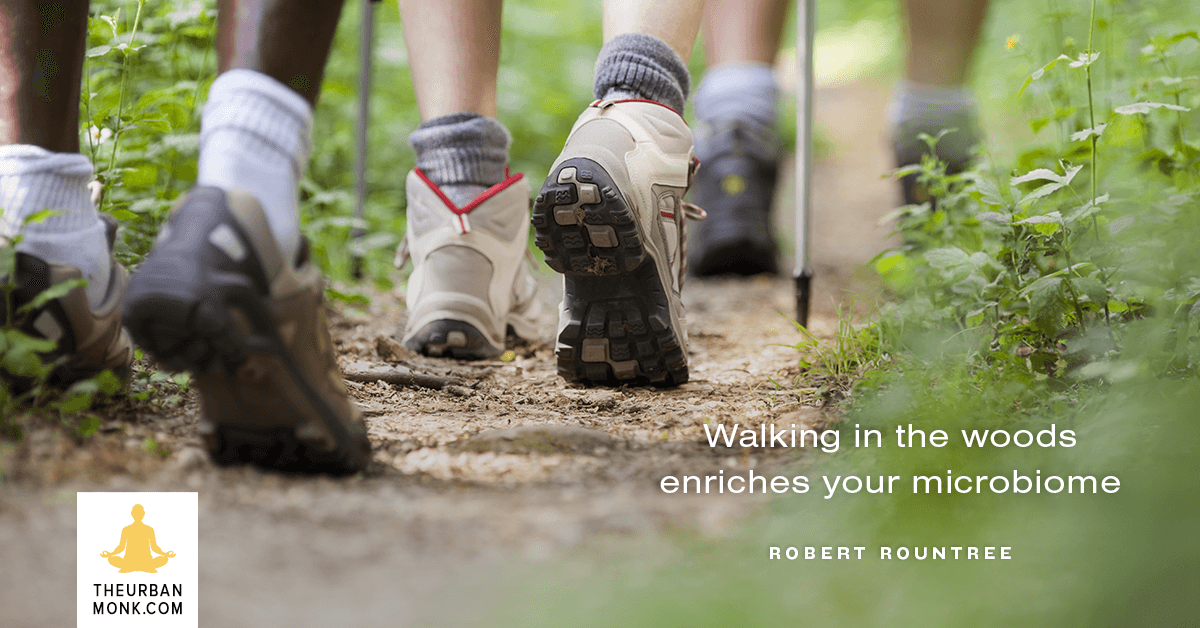 Stress and the gut

In pretty basic terms, eating healthy good foods turn on the good genes in your gut and eating bad, unhealthy foods turn on the bad genes. And stress is a big factor in also turning on the bad genes in the microbiome. If we aren’t activating the “good” genes in our foods that create the enzymes that break it all down…that leads to indigestion. And Robert says that chronic indigestion turns into inflammation in the gut. Then this situation starts making you feel bad because your immune cells produce these cells called cytokines that go into systemic circulation and tell the brain that you are unwell.

There’s also some crazy news that shows that these genes produce neurotransmitters that proves that things like serotonin is also being made outside the brain…they are made in neurons in the gut. Which means, bacteria is what is helping this along. This finding brings some major light on how we are treating mental illness like depression and anxiety. Perhaps these drugs like Prozac aren’t doing what we thought they were, they could be working on the gut and not the brain like we think it is. 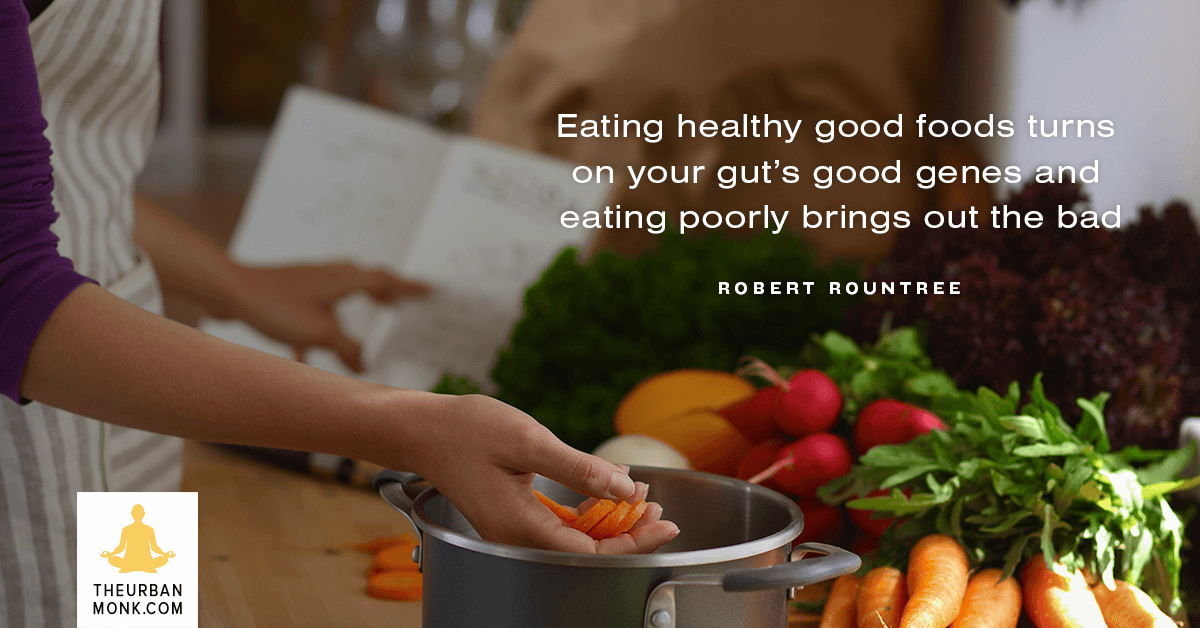 The bottom line, antibiotics are killing our gut bacteria because it’s decreasing the diversity of microbiome. And turns out, even if you aren’t actually taking a prescription from the doctor, if you are eating meat that wasn’t organically raised, there’s a good chance that there are antibiotic residue in that meat. Fast food, yup, you’re probably eating antibiotic residue. There’s a chemical called glyphosate, which is the active ingredient in Roundup which is used all over and it’s pretty common in our foods. This chemical is actually an antibiotic. It used to be sprayed on GMO crops. They are finding this in beer and wine.

The one sure way to avoid reducing your exposure to these chemicals and antibiotics is to eat organic. It’s not to say that you will 100% avoid it but you will dramatically decrease your exposure to it. Another thing to help the gut is eating fermented foods like kombucha and homemade sauerkraut because it has live organisms. And of course, there’s probiotics that help with maintaining a healthy gut.