Still Undecided About Breastfeeding? This May Change Your Mind

Ask any mom how important her baby’s health is to her and she’ll likely say it’s worth any sacrifice. But when it comes to breastfeeding, it’s not always so simple. I’ve talked to lots of moms who struggle with breastfeeding, whether because their babies aren’t latching on, they can’t produce enough milk to keep up with their baby’s appetite or other breastfeeding problems. In these cases, the bottle is the only option… and that’s OK.

These women are NOT bad moms and they’re NOT sacrificing their children’s health. In fact, there is very little evidence that bottle feeding is bad for babies; most evidence simply supports that breast milk provides more benefits to a baby’s health.

A study conducted by the Norwegian University of Science and Technology’s Department of Cancer Research and Molecular Medicine, found that the placenta, not breast milk, is more critical to healthy development in babies, and another study, from Health Services Research, found that most studies conducted on breastfeeding benefits actually overstate many of its health benefits.

But from a social perspective, women in these situations are made to feel like failures – like they’re not good mothers or are just incapable of something they should be able to do. Nothing could be further from the truth. According to a study by the World Health Organization and American Academy of Pediatrics, 85 percent of moms planning to breastfeed only had a breastfeeding goal of at least three months; however, only 32.4 percent met their goal. Many of us are in the same boat.

Helps to Calm Baby. Monique Prince, MSW, LCSW, clinical social worker and parenting coach for tameyourwildchild.net explains there is a hormone called oxytocin released in breast milk by the mother’s pituitary gland that has a significant calming effect on the child.

Reduces Risk of Sudden Infant Death Syndrome (SIDS). A 2007 study by the Tufts-New England Medical Center Evidence-Based Practice Center in Boston, found that breastfeeding reduced SIDS risk by 36 percent compared to not breastfeeding. A more recent study found a 60 percent reduction in the risk of SIDS as a result of breastfeeding.

May Reduce Asthma. The same 2007 study from Tufts-New England Medical Center found that babies who were breastfed for at least three months had up to 27 percent less risk for getting asthma later in life than non-breastfed babies, and 40 percent less risk for those coming from families with a history of asthma problems. 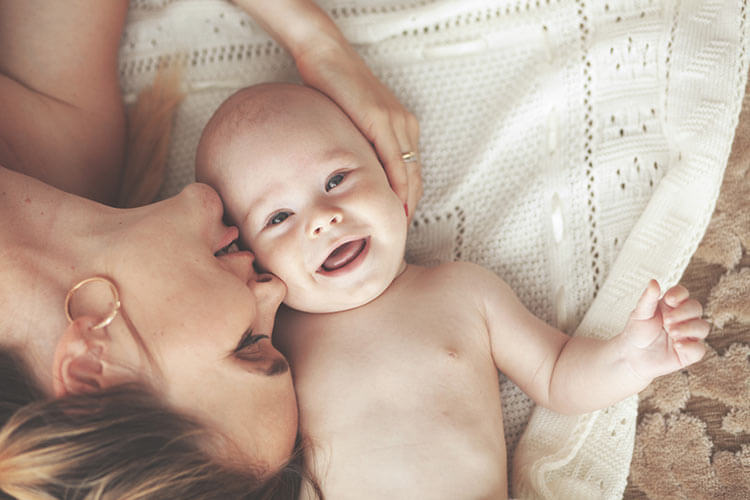 If breastfeeding is your goal, experts suggest following some best practices:

Regardless of how you approach feeding your infant, remember that “mother knows best.” And no, I’m not talking about the nagging mother or mother-in-law, I mean you.

I am a writer and communications professional with a curiosity for life and a love for learning. In my work, I enjoy sharing new ideas, building new projects and doing things that will help others. In my spare time, I love to read, take long hikes and spend time with my wonderful husband.