How-To Guide for a Healthy Pregnancy

So you’re pregnant. Congratulations! Whether you’re eight weeks or eight months, you’re being hit with a flurry of mixed emotions that pretty much own you between your frequent breaks to embrace the toilet. Try not to feel guilty about the negative ones – they are mostly due to your surge in hormones, and oh yeah, the realization that your life is going to change for-ev-er.

It’s a lot to take in and no matter how much joy you feel over the thought of a precious new life in your arms, it’s hard to stay focused on your wellness. So how do you stay happy, healthy and well during pregnancy? By tuning out the noise and listening to your body, the wisdom of women who’ve been here before you and your doctor’s orders.

In my opinion, there are way too many resources out there telling us what we should and shouldn’t be doing to ensure we have a healthy pregnancy and ultimately, a happy healthy baby. Don’t get me wrong, there are definitely reasons to be cautious while pregnant. According to a pediatric study in the American Journal of Epidemiology, birth defects are found in one of every 33 babies, and 2/3 of those are due to unknown causes. But we only know what we know so let’s focus on five fact-based should do’s; the things that are critical to your health. Here we go: 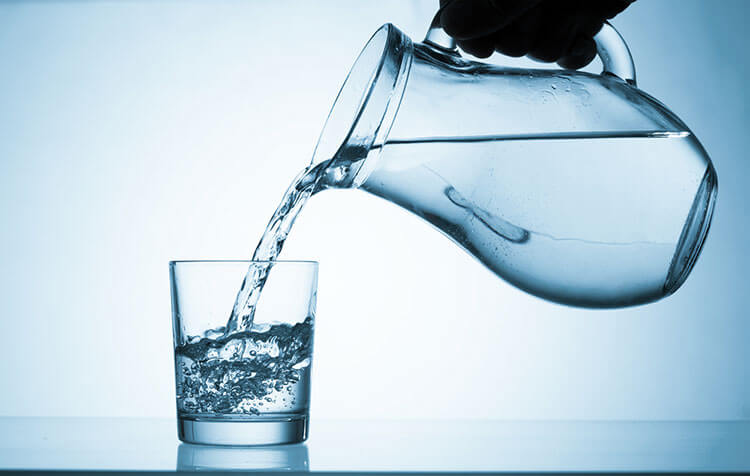 Drink lots and we mean it! It’s very important to fuel your body with the fluids it needs and carry vital nutrients to your growing baby and prevent becoming dehydrated. Your blood levels thicken by 50-60 percent when you’re pregnant – that’s an additional liter of water flowing through your system – according to Dr. Mira Aubuchon, MD, an assistant professor in the Department of Obstetrics and Gynecology at the University of Cincinnati College of Medicine. Research also suggests that pre-term contractions may be the result of your body releasing the antidiuretic hormone from the kidney to preserve water excretion, triggered by lack of water. So make sure you get the recommended minimum eight glasses of water per day. 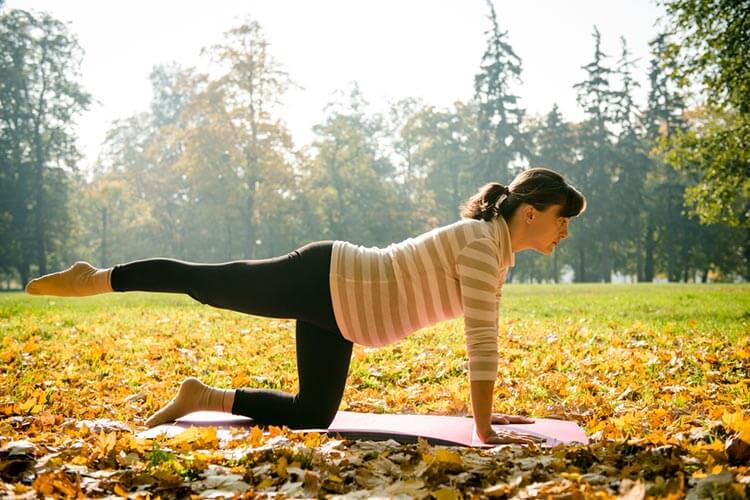 Let’s face it, most of us don’t feel like working out when we feel icky and most of the time, at least in early and late pregnancy, that’s just how we feel. But there are tons of studies to back up the importance of exercise during pregnancy, as well as those showing that you can take on vigorous workout routines if they were part of your regimen before you got pregnant. A recent study showed that women who exercised were less likely to have gestational diabetes and gained less weight during their pregnancy. Other studies show you don’t have to change your routine too much if you already had one. A report from the Physical Activity Guidelines Advisory Committee points out that a woman who performed high-intensity workouts, like CrossFit or strength training, before becoming pregnant can continue working out if they feel up to it but should decrease the weight they lift by about 20 to 25 percent. For women who haven’t been working out and then decide they want to after becoming pregnant, the committee suggests walking for 150 minutes a week, but note to avoid jogging or running, as well as any other strenuous activities. 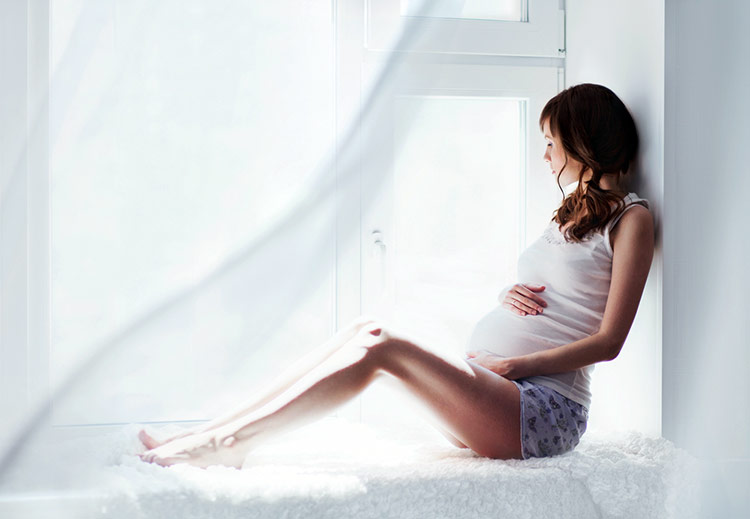 Stress is bad. Or is it? When the anxiety from a heavy work week or family demands creep up on us, we feel it and so does our baby. But, a study from Johns Hopkins Bloomberg School of Public Health in Baltimore, Maryland actually found that some levels of stress are good for the baby, producing a better immune system and aiding in motor development. So when it comes to stress, the key is keeping it under control. Many studies show links to higher risk for miscarriage, shorter gestation periods, and below normal weight and length upon birth, so make sure to watch for signs of increased stress and their causes. Doctors suggest performing light activities that can melt away stress without causing you physical strain. Taking lukewarm baths with calming salts or oils are a good way to release anxiety and daily stresses. Most importantly, listen to your body and stop for naps when you need them, get some fresh air by going for a walk or gardening – your body will often tell you when you’ve hit your mental capacity and can help reduce the tensions that are harder to deal with when hormones feel out of control. 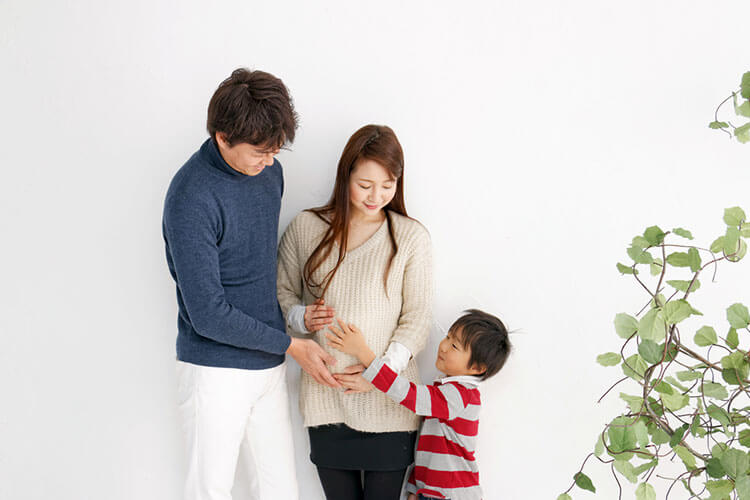 Obviously smoke-filled casinos and smog-filled car shops are places to avoid, but new research from the University of Pittsburgh Schools of the Health Sciences also suggests that even living near pollutant-producing gas wells puts mom and baby at risk. The study looked at mothers living in certain proximities to natural gas wells and found that babies born to mothers living closest to more of these wells were more likely to be smaller than babies born to mothers furthest from the wells. Most of us are probably taking in more pollutants than we realize but you can learn how the air you’re breathing every day stacks up by visiting AirNow.gov. If you’re living in a heavily polluted area, try to avoid being outdoors during peak hours of pollution. Any LA commuters reading this? A study by USC researchers and the California Air Resources Board shows you’re sucking in more diesel and ultrafine particles, called UFPs, in just an hour and a half commute than you do during the entire day! Also, drink plenty of fluids and opt to exercise indoors during rush hours or on particularly poor air quality days. 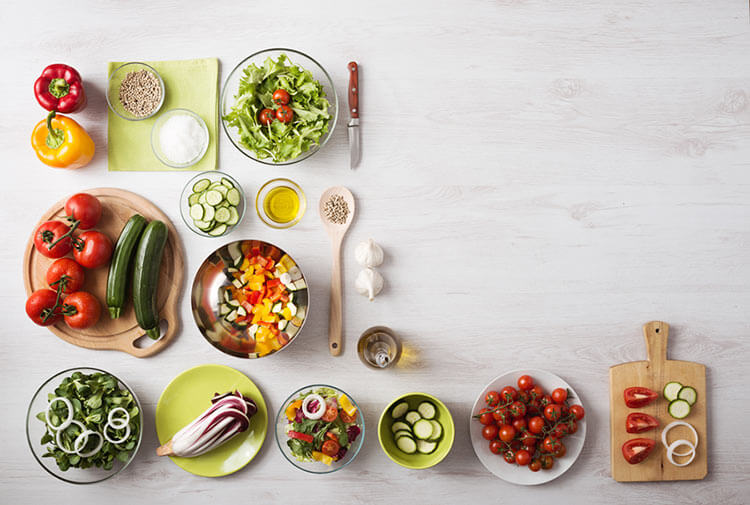 It’s hard to avoid those cravings for Big Macs and chili cheese fries. Sometimes you’re going to cave, and that’s OK. Don’t beat yourself up over it – because you’re only human and those hormones are powerful! Most of the time, however, do your best to put the brakes on poor nutrition. Studies have linked poor pre-pregnancy health with premature babies and research from the Federation of American Societies for Experimental Biology suggests that eating “junk foods” in pregnancy actually does long-term damage to your unborn child’s health by altering healthy eating habits, making them more apt to desire foods higher in fat to feel satisfied. This one may feel easier said than done when you’re faced with unusual cravings and morning sickness! But, there are a few tricks to staying on track. Always opt for less sugar and less fat and instead of trying to overhaul your diet, keep dietary regulations simple. Choosing to swap out a couple of bad choices for better ones each day will make it easier to eat well. Instead of a diet soda, which is also loaded with caffeine, opt for unflavored iced tea or add fruit to your water to spruce it up. Carry healthy snacks on you so that when the cravings (or that nausea from waiting too long to fill up your tummy) hit, you don’t head straight for the drive-through.

Your healthy pregnancy is really just a series of daily choices – being cognizant of these important factors and taking small steps each day to think about what’s best for you and your baby. Show yourself the appreciation you deserve – you’re working hard! Breathe. Relax. Being pregnant doesn’t mean your life is over as you know it, it just means it is changing and if you manage those changes well, you’ll not only get through it, I bet you will truly enjoy it.

I am a writer and communications professional with a curiosity for life and a love for learning. In my work, I enjoy sharing new ideas, building new projects and doing things that will help others. In my spare time, I love to read, take long hikes and spend time with my wonderful husband.