Can Gender Role Equality Be a Reality?

Women make up more than half the US labor market and have been outpacing men in post-secondary degrees for a number of years now. Why then, are they still struggling to achieve income parity with their male colleagues and comparable rates of promotion to management positions? If the question isn’t if women really want equality, then perhaps it is whether they want it more than what they may ultimately be forced to sacrifice.

Be Careful What You Wish For
In a recent study by Marianne Bertrand and Emir Kamenica of the University of Chicago and Jessica Pan of the National University of Singapore, the authors posit that married women may in fact downplay their job market potential in ways such as accepting positions with pay that is beneath their actual earning potential or even leaving the workforce entirely, in order to conform to conventional gender norms and appear less threatening to husbands who prefer to be the breadwinner. This is particularly so in cases where the wife’s earning potential exceeds that of her husband. Further, the authors contend their theory is bolstered by supporting evidence that couples with the wife as breadwinner suffer higher rates of dissatisfaction and divorce, thus confirming that once a woman’s income exceeds her husband’s, her earning potential becomes a liability to the relationship.

Sticky Gender Roles
While it is tempting to wonder if individual attitudes toward gender equality are regressing, statistics paint a more nuanced picture. While studies in the late ‘90s reflected a brief period of stagnation in terms of individual attitudes toward egalitarianism, a 2013 Pew research survey found that only 28 percent of survey participants felt that it was more beneficial for a marriage to have a male breadwinner. Among the so-called “children of the gender revolution” – the first generation of children to grow up amid the period of rapid influx of women into the workforce beginning in the 1970s – egalitarianism appears to be alive and thriving. So what gives?

Institutional Lethargy
According to a paper in the American Journal of Sociology, between 1977 and 2008, the number of married young adults decreased some 30 to 50 percent as opportunities for women increased and gender norms began to relax. This decrease in marriage spanned race and education levels. During that same period, women’s incomes were increasing dramatically in relationship to men’s. But while marriage and income equality seemed to concurrently undergo a drastic overhaul, what didn’t keep pace – and still continues to lag woefully behind individual American attitudes – is our workplace and institutional policies.

Corporate culture still defines the ideal employee as an individual who values his or her job above all else. Large corporations and smaller companies, alike, for example, continue to shirk the task of finding childcare solutions onto individual families. Within these families it remains the women, in most cases, who are the primary caregivers. But why are women still overwhelmingly the ones to step back or “lean out” as it were? If individual attitudes have become so much more egalitarian, then why aren’t more men “leaning in” at home?

In the book titled The Unfinished Revolution: Coming of Age in a New Era of Gender, Work and Family, sociology Professor Kathleen Gerson suggests that with respect to the gap between their own more egalitarian attitudes and aspirations and the reality of the workplace, couples agree that their aspirations are largely unrealistic and that compromises must be made to bridge the divide. A stark contrast exists, however, in how each approaches the problem. This contrast exists largely because while workplace gender norms for women tend to lag behind those of the individual employee, workplace attitudes toward males is even further behind.

Working women bridge the gap between their career aspirations and domestic responsibilities by pulling back on the job and/or strengthening work and social ties to form a supportive network to help with childcare and related personal responsibilities. While this leaves them shouldering more of the overall responsibilities of home life, as well as earning less than men, it appears that what is deemed as acceptable with regard to roles for women covers a broader swath of the gender role spectrum than it does for men.

In fact, workplace norms as they relate to men and masculine ideals are far more throwback in nature, than those projected onto women. Corporate attitudes toward male gender roles continue to place significant emphasis on the notion of a male breadwinner. The pressure to be a high wage earner, according to Gerson, leaves men with the sense that they must, in fact put their job above all else and leave domestic responsibilities to others in the home, irrespective of their individual beliefs or personal preferences. What’s more, this attitude intensifies during periods of instability in the labor market.

Given the focus on the notion that women must lean in if institutional attitudes toward them are ever going to allow for true income and positional rank equality, it appears that individuals and society as a whole must also begin dismantling the rigid male stereotypes that continue to dominate corporate culture today. If women must continue to be more vocal about asking for raises and promotions, then men must begin to be at least as vocal about demanding greater flexibility to support this equality by assuming a more balanced share of domestic responsibility.

In essence, men must demand more opportunities to lean over, if women are ever to reap the benefits of leaning in. 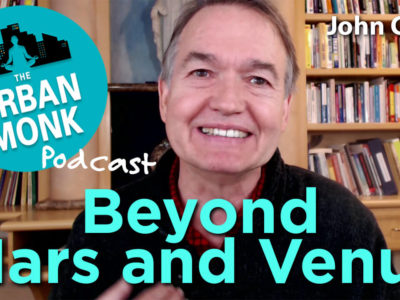 Relationships: Beyond Mars And Venus 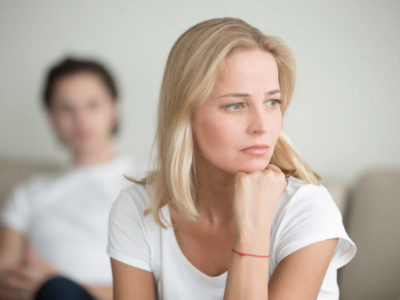 Is Your Relationship Killing You? 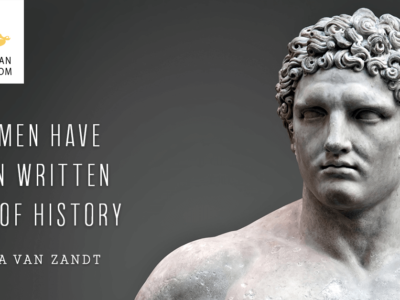 Lost Wisdom of the Goddess