Feel Good Movie Review: ‘The Bear’ Is a Cubs-Eye View of Survival in the Wilderness 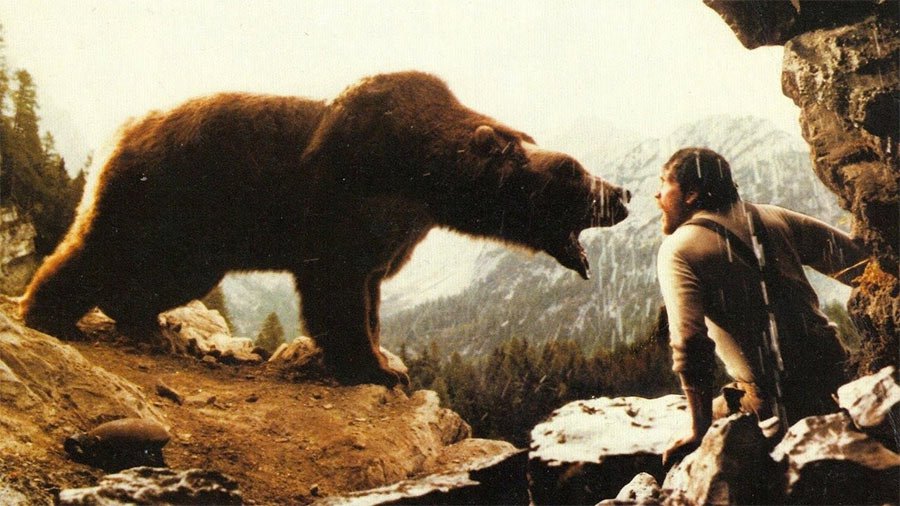 Feel Good Movies is an ongoing series reviewing films from past and present that we’ve selecting based on their ability to uplift the mind and soul. Not all movies we review are on the surface “feel good” – while some may be happy, others may be sad – but the objective is always to motivate, enlighten and uplift.

Rarely is an animal the lead in a live-action movie. Since the days of Steamboat Willie, cartoons have made it routine, but it’s always been a rare feat for flesh and blood movies. Partly because filmmakers are reluctant to work with animals and partly because we like to think we’re the only interesting species in the world.

The Bear (1989) gets it right in bold and innovative ways. An orphaned bear cub must beat the odds to survive in the wilderness after his mother is accidentally killed. Usually, the story of an animal is told from an overriding human perspective. Basically, how the creature must survive in our world. There are easy caricatures of good guys, bad guys, and the animals stuck between them. While there are certainly many all too real stories that could be spun from that basic idea, they almost never are.

With The Bear, the entire movie takes place somewhere deep in the wilderness. The story is told from the cub’s point of view and it’s riveting. There is little dialogue, supplied only from the few humans present. And the humans themselves are neither good nor bad. They are hunters – typically painted as the bad guys in animal movies – but here, they are gray and human and vulnerable and learn as they go. Kind of like all of us. And in an unusual twist, they are the outsiders here.

Based on the 1916 novel The Grizzly King, a true story by hunter-turned-naturalist James Oliver Curwood, the movie uses a Curwood quote as a recurring plot point and as a way to clinch the movie’s climax: The thrill is not to kill, but to let live. It even includes the true event the book was based on to illustrate the point with a particular twist. That I won’t reveal, but it’s a key moment in the movie.

Yes, there are some Hollywood contrivances that certainly exist to help the narrative, but even if you know better, it’s hard to mind. No, bear cubs don’t typically sound the way this cub does. Clearly, he’s been humanized a bit. But it never gets in the way. And no, in the wild, an adult male bear would likely never be a big brother to a strange cub. He would almost surely kill it.

In life, there is killing to eat. There is in some cases, killing to end suffering. Then, there is the plethora of other moments where killing takes place. But the movie is ultimately about survival on multiple levels, with its lessons applied to bear and man – a wishful and somewhat allegorical appeal to live life a little lighter. A lesson which could help us each make our own dens a better place.

Wanna Watch It? The Bear is available on Amazon, with a 25th Anniversary Collector’s Edition available on September 2015.