America was founded on hemp.

George Washington was a hemp farmer.

In fact, when the nation was founded, it was required for all farmers to grow 25% of their crops as hemp.

Hemp made trade and communication possible.

Now, it was a different beast back then.

Colonial-age hemp was probably 3:1 CBD to THC (the psychoactive compound in cannabis — the bit that gets you high), so there’s a little bit of THC in there.

Science has come an awfully long way, and the world’s opinion on this polarizing plant is changing. Our collective knowledge about CBD is limited to the brave scientists and experimenters willing to research it…

Like Leonard Leinow. He began a THC tincture company about 11 years ago, simply because he was interested in the healing properties of both THC and CBD.

Fast forward to 2017, and he literally wrote the book on it.

The Curious Case of the Shrinking Tumor

Nine years ago, one of Leinow’s clients had cancer.

He had just come across a strain of cannabis called Harlequin that had about twice as much CBD in it as normal strains.

This patient had a lung tumor that was too big to operate on and too big to radiate. Chemo didn’t do anything, and she’d been given six months to live.

Leinow made a tincture that was primarily CBD and sent her home with it. After 3 months of using the CBD product, she got an MRI scan, and the tumor was 50% of what it had been.

She had cut out all other treatment. She was on a very good diet and she was taking immune supplements, but nothing pharmaceutical.

Just CBD and a great attitude.

Obviously, this is anecdotal evidence. This isn’t a clinical trial, funded by a hospital and conducted by doctors and scientists.

But it did make Leinow think…

His collective in California has about 5,000 clients, and he’s studied the effect that CBD and THC have on cancer patients.

While you’re taking CBD regularly, and you have a noticeable tumor, you can feel the tumor growing softer and softer until it dissolves and disappears. CBD stops the cancer cells from growing. THC shrinks tumors.

The Birth of a CBD Movement

After the shrinking tumor, he started researching CBD — finding any CBD strains he could find and clone and grow for his business, and keeping them on his radar.

Then Leinow got a strain called ACDC which was developed in Israel. It had a ration of 24 parts CBD to 1 part THC — leaving no chance of intoxication.

This is the part that confuses a lot of people, so follow the thread…

THC and CBD go after the same receptors in the body, so even if someone did overdose on THC, the CBD would knock some of those THC molecules off the receptors.

From the plant comes THC and CBD and a ton of phito-cannabinoids.

There are over 100 different ones in the plant in very minute quantities, but it’s the combination of cannabinoids that has a healing effect.

So that will come in time, Leinow believes.

What Can CBD Do?

How does it help so many different things?

An Israeli doctor, Dr. Raphael Mechoulam — the grandfather of cannabis who first isolated THC and CBD — discovered that inside of our bodies, we have an endo-cannabinoid system.

It’s connected to everything in the body.

Cannabis balances the endo-cannabinoid system. The body is an intelligent system. If you give it the optimal conditions, it will heal itself. So when you use THC or CBD, you’re encouraging the body to return to homeostasis.

Now, why aren’t oncologists using this?

First of all, there hasn’t been any conclusive, controlled, clinical trials proving that Leinow’s, and others’, experiences are universal. Because who funds research?

Pharmaceutical companies. And they don’t want to pay to research something they can’t patent.

But it’s not possible to patent a plant.

Leinow and Dr. Michael Moscowitz, who wrote the forward to Leinow’s book and one of the chapters, formed a research company called the Medical Cannabis Research Consortium of Marin.

They’re currently conducting a study among their client base, and will then publish an article in a medical journal, hoping to attract funding so that they can perform real clinical trials.

All of Leinow’s research is packed into his book: CBD: A Patient’s Guide to Medicinal Cannabis: Healing without the High.

It’s sold over 40,000 copies in two years because it’s got everything — micro-dosing, standard-dosing, macro-dosing, CBD and animals, and how to handle about 30 different diseases with CBD.

It’s the embodiment of everything Leinow has been working towards for the last decade.

And it’s only the beginning. 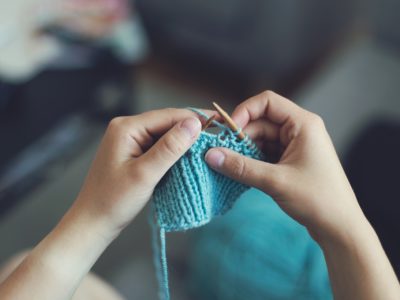