Urban Farming: A Return to Our Roots

You’re probably familiar with the concept of urban farming. Community gardens and farmers markets are popping up all over American cities and towns. People in these communities want this to be celebrated and encouraged so they have more accessible means to healthy food. And here’s a surprise…urban farming isn’t a new prospect; it’s a return to our roots.

From Egypt to Machu Picchu, as long as there have been urban areas there has been urban farming. However, in our abundant recent history we moved away from the urban farm, opting instead for the “convenience” of having our food trucked in from other states or even shipped in from other countries. The mass water and air pollution, as well as socioeconomic disparities,  that our current agricultural system encourages, is bringing people to the realization that our ancestors had it right. Consider:

The Evolution of Urban Farming 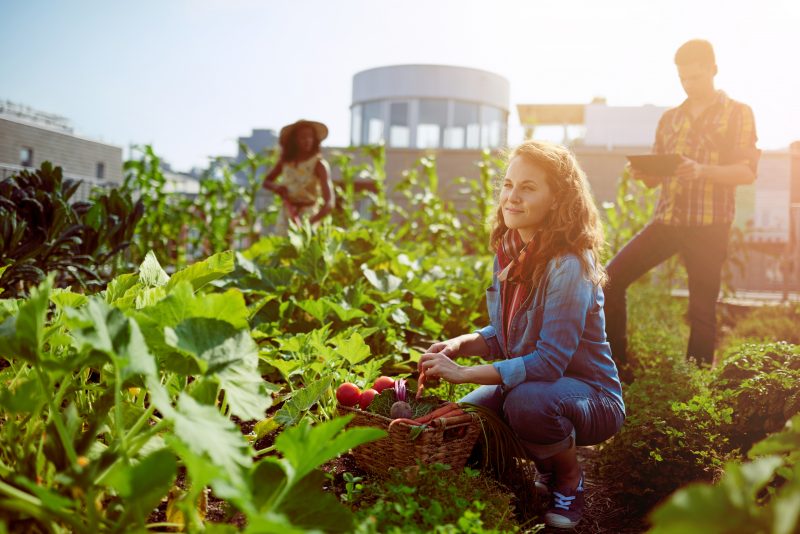 Well-known urban theorist, Jane Jacobs, argues against the commonly held belief that cities were developed around agriculture, describing the likely event of agriculture getting its start in dense tool-making and trading settlements. As wild seeds and animals began to be more common tradeable commodities, domestication and farming began within these settlements. The permanence of the new food system and creation of tools to farm the land saw a dramatic rise in population. Eventually, as urban areas became more dense, some farmers and ranchers moved out to less-populated areas.

From here began the idea of urban/rural divide, with agriculture being the responsibility of the rural dwellers. That is, until times got hard and people needed to grow food in their own communities in order to keep feeding their families. For example:

With a growing desire to return to our roots, many people are taking up urban farming practices within their own cities. Don’t have a huge yard? No problem. You can still participate in the movement. Here are some ideas to get you started:

Urban farming might sound hip and new, but it’s actually been around about 10,000 years. One might argue that the gardenless cities (like Las Vegas) are the odd experiment. When we consider the environmental cost of growing single crops in large-scale, chemical intensive operations, it makes us wonder what the US needs 63,000 square miles of lawn for.

References for this article: