In 2017, one study reported that one in six Americans takes an SSRI every day. That was nearly two years ago – would you surmise that that number has gone up or down?

Even if that number stayed exactly the same, that’s a heavy load of the population taking selective serotonin reuptake inhibitors.

Since the gut’s microbiota is responsible for 95% of the body’s serotonin production, researchers have gotten curious recently about the effect of taking SSRIs on the gut’s bacteria population.

Since the gut is born sterile, the diverse collection of bacterial species living in the gut is heavily influenced by the bacteria in our environments, in the food we eat, the air we breathe, and of course, in the medication we take.

The vagus nerve, or the communication device that connects the gut to the brain, is symbiotic. The gut’s composition can affect the neurochemicals in the brain, especially as they relate to mood. The brain’s activities influence the bacterial levels in the gut as well – even the slightest amount of stress can change the population of the microbiome, causing digestive issues or lowered immune system function.

Think about how often you’ve been mentally uneasy, and found that you physically don’t feel well either.

Studies are just starting to be done regarding what antidepressants do to your gut. There are several roadblocks in this journey, however.

First of all, most studies have only been conducted on mice and rats.

Secondly, since everyone’s microbiome composition is different, it’s difficult to find a control variable in testing humans. Researchers haven’t concluded yet what the correct balance of various bacteria in the gut looks like.

What is Known Now

In recent studies,  lab rats were given psychiatric drugs for four weeks, at the end of which, their gut microbiome was analyzed and scrutinized for adjustments.

What the scientists found was that certain bacterial levels were raised, and others suppressed, at the end of the study.

Ultimately, the indisputable conclusion is that SSRIs and mood stabilizers reduced the diversity and richness of the microbiota in the gut. Everything we know about gut health so far tells us that the highest functioning gut is the most diverse gut.

But which bacteria were suppressed? Which thrived?

Mood stabilizers such as lithium, and SSRIs like fluoxetine affected the populations of several gut bacteria.

Clostridium – This bacterium has been associated with diarrhea and colon inflammation. It is also the bacteria that causes the condition C Diff.

Peptoclostridium – This bacterium has been found to cause diarrhea and pseudomembranous colitis. However, it resides in most healthy guts and as long as the levels are correct, it does not cause problems.

Christensenellaceae – Studies suggest that this bacterium is associated with healthy gut diversity and metabolic health, and that it is a bacteria all human beings have in common.

Ruminococcus – Typically, these bacteria allow us to digest complex carbs found in lentils, beans, and whole grains. They have been credited with reversing diarrhea and reducing the risk of diabetes and colon cancer, although some strains have exacerbated the symptoms of IBS.

Adlercreutzia – This bacteria has a unique ability. It can transform soy compounds into an antioxidant that has anti-inflammatory and anti-tumor properties.

These findings aren’t conclusive. Above are the results of several studies and not the final word on SSRIs and mood stabilizers.

It’s important to note, however, that the results of these studies are interesting enough to scientists that they plan to continue to develop their research, making their hypotheses ever narrower in the search for the ultimate answers.

However, what we know beyond a doubt is that SSRIs and mood stabilizers do affect gut microbiota composition… in some ways positively, and in some ways negatively. If you’re taking antidepressants, be sure that you’re also feeding your gut what it needs to thrive! You can also support your gut health with a high quality probiotic supplement, like our favorite from Just Thrive. 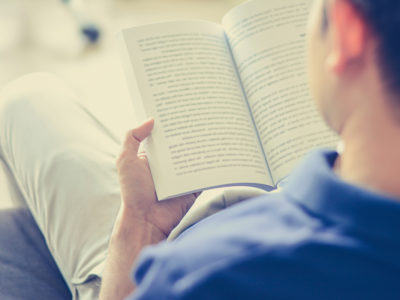 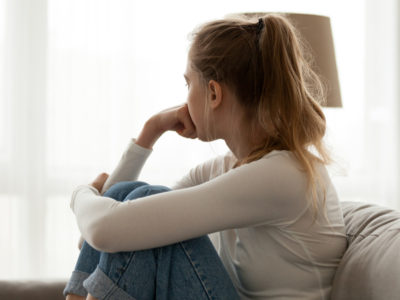 Depression and the Gut: How Bacteria Affects Your Mental Health

Anxiety and the Gut: How They’re Connected