3 Common Health Issues You Had No Idea Were Gut-Related

Explore three common issues that may turn out to be gut-related and that could actually be helped by be balancing your microbiome.

When Hippocrates famously said, “All disease begins in the gut,” he likely had no idea how right he was.

For example, could he have known that the gut contains 10 times more bacteria responsible for regulating your health than the rest of the body?

Or that the bacterial transfer that occurs at birth affects the diversity of your microbiome (collection of gastro-intestinal bacteria in the digestive tract) for life?

Is it possible that he knew the root cause of bacteria destruction in the gut flora also weakens the gut barrier and leads to leaky gut, diverticulitis, and other disorders?

Maybe not. But he was on the right track.

Sometimes, it’s pretty obvious that you’ve upset your stomach and that’s why you don’t feel well. If you ate something less-than-fresh at a street fair, and your gut reacts to it violently, most people can put two and two together and realize they’ve negatively affected their gut.

Other times, the average fad-dieter or burger-chomper may not realize that leaky gut and other gut conditions can affect the rest of their non-digestive systems. Leaky gut has been linked to ADHD, rheumatoid arthritis, lupus, asthma, dermatitis, and more.

Although there are more than 10,000 papers written on the subject, doctors and scientists are doing a lot of back-testing to reteach themselves about the far-reaching effects of the gut.

In this post, we’re going to explore three common issues that may turn out to be gut-related after all. And if that’s the case, then perhaps conditions we’ve been taught to believe are hopeless aren’t so hopeless after all.

Migraines are the third most pervasive condition in the world. In fact, there are more than 37 million people in the U.S. alone who suffer from migraines. If you’ve ever had one, you know the advice for treating it is rather primitive: Lie still. Avoid light. Don’t engage in conversation. Take medicine.

Well, recent studies have shown that people who get migraines have a common microbiota mix, and it’s different from those who don’t get migraines.

Specifically, migraine sufferers have higher levels of nitrate-processing bacteria. You see, when nitrates in food are digested and broken down, they become nitric-oxide in the bloodstream. Nitric oxide makes blood vessels wider, which was thought to aid in circulation. However, widened blood vessels are the heaviest cause of migraine headaches.

Nitrates can include chocolate, wine, processed meat, and certain vegetables.

Additionally, if you have leaky gut syndrome, then it’s been activated by a compound called zonulin, which opens the intestine-lining cells to let nutrients through. If the cells open too much and undigested food get through, the immune response then causes migraines.

Yes. That’s right. The dry, flaky, and painful patches that crop up on the skin of those afflicted with eczema can actually be traced back to the gut microbiome.

Doctors have found that patients with eczema have a microbiome with low diversity, which can commonly throw an immune system out of whack. Instead of taking immuno-suppressants, restoring the flora of your gut may be an effective long-term treatment for eczema. 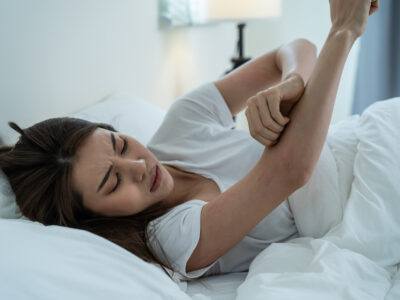 Eczema: What It Is and How to Get Relief

Learn more about eczema, from its symptoms, signs, complications, and causes, to how its treated medicinally and naturally so you can get relief.

Read moreEczema: What It Is and How to Get Relief

Yes, this is actually a real thing. As one can imagine, it’s characterized by feeling confused, disoriented, and unable to focus.

Among the myriad causes of brain fog science has considered (lack of sleep, mental health issues, stress, dehydration), gut health is the latest option with traction.

Researchers have found that an overabundance of D-lactic acid in the small intestine, which is produced by probiotic bacteria, was present in patients suffering brain fog.

This is strange because the small intestines don’t naturally produce D-lactic acid. Probiotics appear to be causing lactobacillus to feast in the small intestine, leading to much faster fermentation of sugars than is normal. This acid can then travel to the brain once it’s been absorbed by the bloodstream, which temporarily interferes in functionality of the brain.

Your gut is the hub. It’s the call center. It’s the warehouse where all of your fuel is sorted, broken down, and distributed. And if something is off there… Any number of things can go wrong.

To support your gut health daily, you may want to consider a daily probiotic supplement Our favorite is Just Thrive Probiotic. 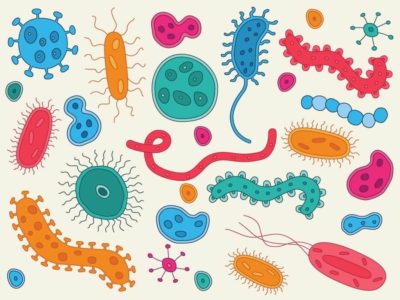 10 Things You Can Learn from Your Microbiome 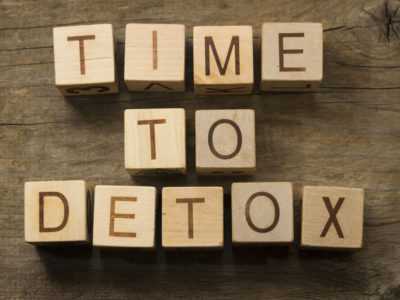 12 Tips For Detoxing the Body 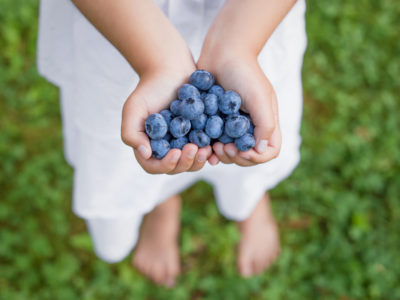