The Amount Of Caffeine In Tea, Coffee, And Soda | FAQ

Caffeine in tea, coffee, and soda can significantly vary. Know how much each contains and the ways to limit its intake.

Vital FAQs on Caffeine in Tea, Soda, and Coffee

Caffeine is a natural stimulant and a chemical present in a wide variety of foods and drinks. It is also a psychoactive drug, which means it can affect the way your brain behaves.

What sets it apart from other kinds of psychoactive drugs is the fact that the FDA doesn’t regulate it. It is also not a prohibitive substance, and these reasons further make it accessible to the public.

How Does It Affect the Body?

People take caffeine in tea and other beverages to keep themselves awake and alert, especially in the morning. What many don’t know is its actual effect on the body.

When you drink caffeine, it travels to your gut where it enters the bloodstream and passes through vital organs such as the liver. The role of the organs is to further break down the components of the substance, including caffeine.

Caffeine has the ability to alter brain activity by adhering itself to a neuromodulator called adenosine.

What is a neuromodulator? It is a neurotransmitter that impacts the activities of local or distance neurons.

Like melatonin, adenosine is a substance the body produces in relation to your wake-sleep cycle. It tends to slow down the activities of the neurons, so you can feel more relaxed.

As to how much adenosine the body produces depends on factors such as how long you’ve been asleep and how much energy is in the body.

Studies showed that it increases the longer you’re awake. Around this time, your energy stores may already be declining.

Then, once you fall asleep, the amount of adenosine decreases rapidly. It starts to build up as long as you’re awake until it’s time for you to sleep again.

When caffeine binds itself to the receptors of adenosine, it prevents this substance from becoming active.

What Are the Other Benefits of Caffeine?

Most people take caffeine in tea and other beverages because they need an energy boost. Studies, however, revealed it may have other benefits:

RELATED: Hormesis: Hacking Your Body For Strength And Energy

What Is the Amount of Caffeine in Coffee, Tea, and Soda?

How much caffeine in coffee, tea, and soda is there? It may even vary depending on the subtype.

Of all the teas, black has the highest caffeine concentration at 40 mg to 70 mg per average serving.

Green tea has less at only 35 mg to 45 mg, and it also contains L-theanine, which can have calming effects.

Oolong tea can have more caffeine in tea at 37 mg to 55 mg per serving, while white tea contains the least at no more than 20 mg per cup.

Overall, the ideal amount of tea or coffee to drink is about three to five cups daily.

When Is the Best Time to Take Caffeine?

Now you know the caffeine in tea, coffee, and soda, it’s time to know the best time to drink it. It’s essential to understand when to avoid one thing—stress.

Caffeine affects the nervous system and works hand in hand with your stress hormones such as cortisol and adrenaline. Too much of these hormones and caffeine can cause jitters, restlessness, and sometimes, feelings of anxiety.

In the process, the effects of caffeine are counterproductive. While your alert levels are high, you also cannot focus properly.

The research suggested that you drink caffeine when your cortisol levels are low. Usually, they peak at the following times:

Note, though, that the effects of caffeine can stay in the body up to 12 hours. Keep it in mind if you intend to sleep well in the evening.

Some people may also develop resistance or immunity to caffeine, so they may end up drinking more cups than necessary.

Who Should Avoid Caffeine?

Despite the supposed benefits of caffeine in tea or coffee, it isn’t for everyone. The following should consider coffee alternatives:

Where Can You Find Coffee Alternatives?

Coffee alternatives are easier to find, and you may not have to avoid these beverages altogether. Here are a few ideas:

When it comes to caffeine in tea and other beverages, there are pros and cons. When in doubt, ask your doctor if you can take it.

Otherwise, explore other possible alternatives to coffee and even tea. These can still help you improve your focus and boost your energy as naturally as possible.

How do you increase your energy levels without caffeine? Share your tips in the comments section below. 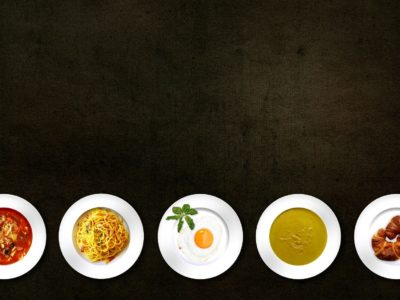